In my opinion, there are two ways of looking at international travel with a two month old. View number one: Don’t do it. You might as well just kick a dead horse (me) over and over again for fun. View number two: You are already a dead horse so what’s a little more kicking? You feel like crap anyway, so what’s a little more sleep deprivation? How much worse could you actually feel?

My travel bug got the better of me and I went for option number two. Well, guess what? You CAN feel worse. MUCH worse. Take the regular sleep deprivation of life with a 2 month old, throw in some travel stress, recycled air, glares from strangers, a stiff seat, 16 hours of international travel and I guarantee you, you will reach a whole new level of feeling worse. To be fair, let me add that this is with a very well behaved baby. The darling child barely slept on the flight from LAX to Frankfurt but had a big smile on her face the whole time. Apparently the recycled air is just her cup of tea. Definitely her father’s daughter. I on the other hand was not smiling. I was withering away and fast. By the time I had reached almost 24 hours with no sleep, (keep in mind the 15 or so weeks I have already been marinating in sleep deprivation), and walked what felt like 10 miles around the damn Frankfurt airport, I was crumbling to pieces.

Fortunately Peter took over and demanded that we find a quiet spot to rest. I fed Sage, he took her in his arms, put my head on his lap, and coaxed both of his girls down for some sleep while we waited our connecting flight to Prague. Peter’s limbs were falling asleep, he dropped his magazine, was pinned by his family, so he had to sit and stare out the window for an hour and a half while his girls slept peacefully. Fortunately the sleep helped me regain my strength and we made it to Prague in time for a simple but delicious dinner of rolls, sausage, and cheese and then went right to bed. When Sage decided that midnight was play time, the tears came. Again, Peter came to the rescue and walked around the bedroom in circles for hours until Sage finally gave in and went to sleep. I married a saint.

Once my travel stamina returned (I am clearly the weakest link here), we were able to get out and enjoy the sites.  Nana is taking good care of us making sure we are well fed and that I am full of fresh coffee (she understands my pain), and Grandpa is making sure we are safe on the streets of Prague and not getting hit by cars or street trolleys. He is so protective in fact that we are under strict orders never to cross the street unless the green man tells us to (don’t follow the locals!), to always use the sidewalk, and warned us multiple times about the pick pockets on the Charles Bridge.

Joe: “Elizabeth, Elizabeth there are pick pockets! Make sure you don’t have anything valuable in your pockets or in your backpack!”

Me (while wearing Sage in her wrap):  “Joe I don’t have anything valuable on me. Everything is with Peter.”

I was eager to see these baby snatching pick pockets and have to be honest, would be quite impressed if someone could slip the sleeping baby out of the 5 meters of fabric wrapped around my body without me knowing. We never did see the seasoned pick pockets in action but it was a relief to know that Grandpa was ready in case anyone was going to try and run off with Sage.

In all seriousness though it makes traveling in a foreign country SO much easier when your father-in-law speaks the language fluently and your mother-in-law knows her way around the city so well. All we do is tag along and enjoy the sites. Prague lives up to its reputation as a gorgeous central European city with all the visual treats you expect- cobblestone streets, narrow passageways, beautiful painted buildings, marble staircases, clock towers, boutiques, and stunning European architecture that spans the trends of centuries past. There is also the cigarette smoke and men drinking beer at 10:00am which only adds to entertainment. I have been trying to keep the beer consumption to a minimum but with all the great beer everywhere, it’s tough. Last night Peter teased me by claiming he smelled Czech beer in one of Sage’s burps. Thanks Peter, that makes me feel like Mother-of-the-year. I must be leagues better than if I were actually Czech though. Drinking beer here is like a sport.

Sunday we drove to the country to visit Joe’s cousins. The scenery was absolutely stunning with a thousand different shades of green as far as the eye could see only to make room for the gushing river and surrounding cottages. On our hike to a chapel perched atop rocky cliff I ate my first cherry directly off a tree. For dinner we were serenaded by Joe and a family friend playing Czech folk songs on their guitars while everyone drank warm beer and sang along. As I sat at the table I reflected on the time I spend with my own family and came to the conclusion that we definitely need more sing-a-longs, alcohol, and old men in very short shorts.

The rest of our time was spent in the city hopping on and off the trolley cars, walking, eating, drinking, talking and relaxing. Walking around the city with Sage is a blast. Everywhere we go people get huge smiles on their faces when they see her perched in her father’s arms in only her diaper. She loves seeing all the people and offers big smiles back in their direction.

The adjustment period to European time was tricky but now that I am here I am feeling great. The adjustment was so much easier due to the generosity and open arms of Peter’s parents. We were so well cared for and Sage was never without a warm pair of arms and a happy face. Peter’s father left us at the airport this morning with warm wishes and many concerns about us renting our car in Munich. As we walked away he shouted, “DRIVE WITH BOTH HANDS!”

On our way into the terminal we stopped at Customs hoping to get Sage a Czech passport stamp. The customs guy barked something in Czech and all I could make out was “NO STAMP.” So sadly we walked away… On the plus side, traveling with a baby automatically upgrades your airline status a few levels. Walk around with an infant and you get to cut all the lines!

So we are off to Munich. I am not optimistic about drinking less beer. Munich? Beer? Isn’t that kind of like Peanut Butter and Jelly? 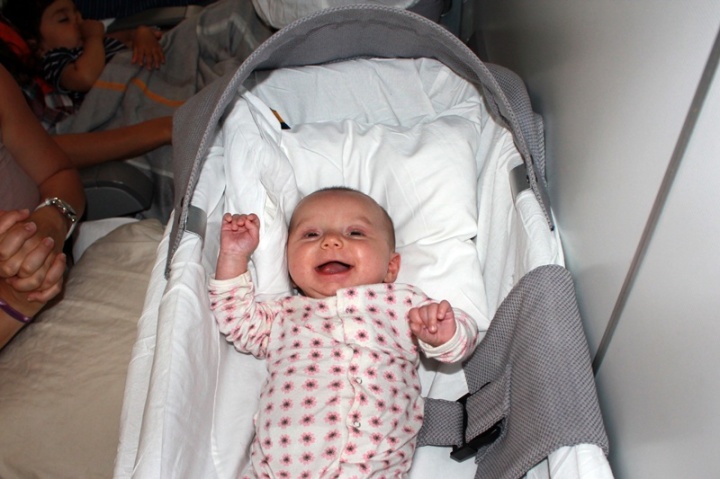 Sage loves her seat. Who wouldn’t the girl flies better than she would in first class!

Charles Bridge in the background 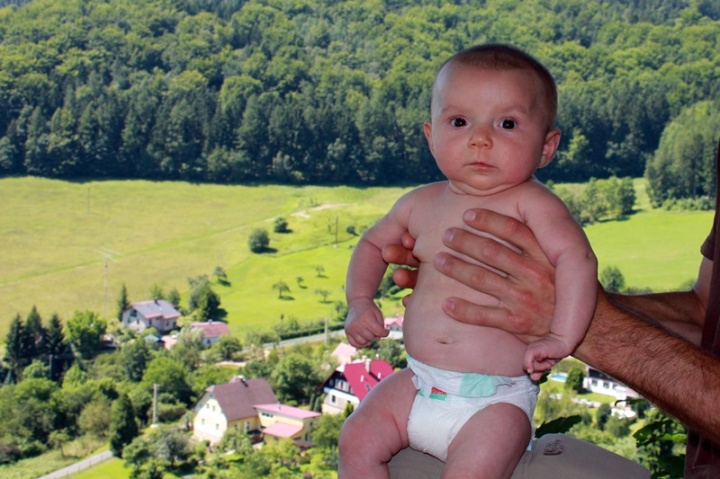 Sage perched above the country town we visited 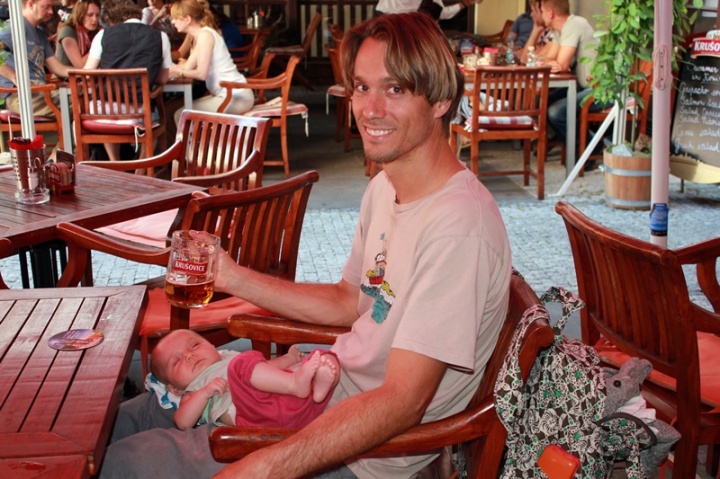 A toy store we found with a special VIP entrance/exit

One thought on “Czech Republic”

We are a family of five living abroad, homeschooling, and adventuring. We are excited to share our successes, big fails, and everything in between. We hope you join our journey.